Dr. Timothy Block is a Floristic Botanist for Morris Arboretum.

So this time of year, friends, neighbors, colleagues and acquaintances are all asking him the same thing: How is this year's leaf season shaping up in Montgomery County? When will the foliage peak?

He is an apt resource. His academic training brings with it a certain expertise in the distribution of plants and trees across a landscape.

His go-to response for comment on the change of colors across the county includes a bit of science. 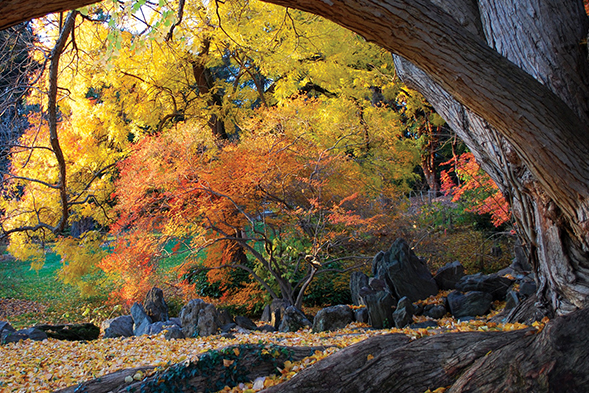 "Fall colors depend on a few variables that are only under Mother Nature's control," Block begins. "What most people don't realize is that all the colors of autumn leaves reside in the trees from spring onward.

"They're there; there're just not visible."

Block explains that leafy green shades result from massive quantities of chlorophyll, a biomolecule that is critical to photosynthesis. Photosynthesis is, as covered in most fourth grade science classes, is the process by which plants use sunlight to convert carbon dioxide and water into sugars and starch.

In other words, it's how trees make food. 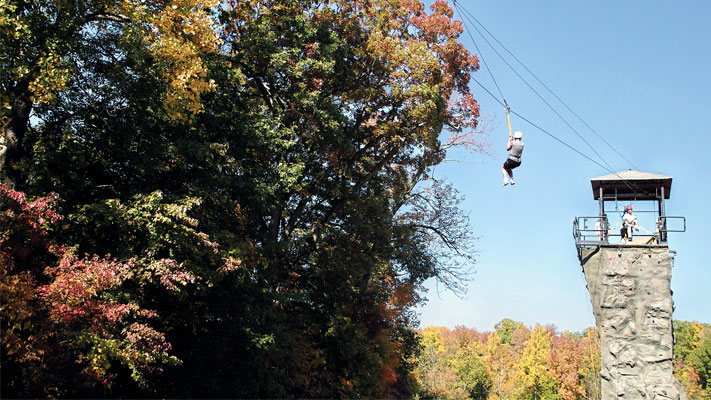 "Chlorophyll absorbs much of the blue/red spectrum of sunlight and reflects the green. That's why our eyes register leaves as green," Block says.

"Those under-pigments of other colors are there; they're just obscured when plants and trees are at their peak of photosynthetic activity."

As summer wanes and food production slows, the chlorophyll breaks down. Its exit enables a wide range of other colors to emerge, leading to the beautiful landscapes of autumn.

The transition is all part of a tree's preparations for winter. Eventually, the leaves will seal themselves off from their branches, severing the connections.

Down they go. And out come the rakes. 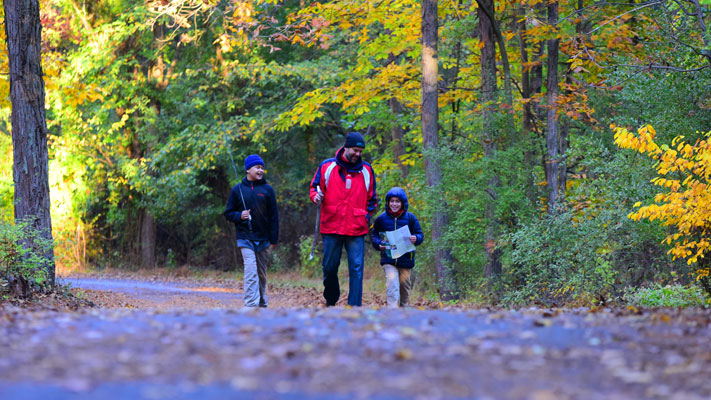 "First is temperature," he says. "The onset of color changes depends on some variability between daytime and nighttime temperature. Typically, we get the best color in years when nights are cool and days are warm."

The recent run of nights in the 30s has heightened the transformation of area foliage. Although daytime highs have recently pushed into the 80s, the yellows, reds, golds and ambers are gaining increased prominence.

"The other color factor," Block cites, "is rainfall. And this summer has been very dry. Lack of rainfall over an extended period means that trees lose their leaves but without their spectacular, signature colors." 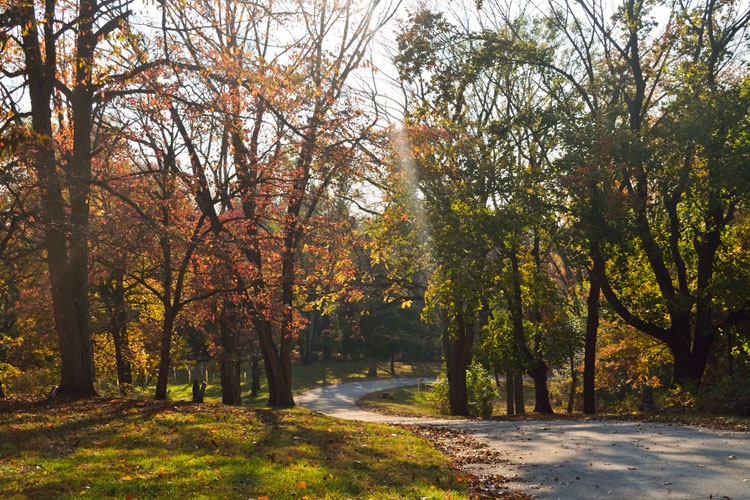 Block sees some of this taking place locally but despite the summer drought, identifies locations that are on their way to being truly spectacular.

"Think about the way local landscapes are laid out: The northern sides of hills tend to be a little shadier and a little better at holding moisture. So those spots have the potential to produce some really good fall color," he says.

County routes that offer that northwest hillside view include:

Block also says that seeking out particular varieties of trees can lead leaf-fans to their favorite colors. 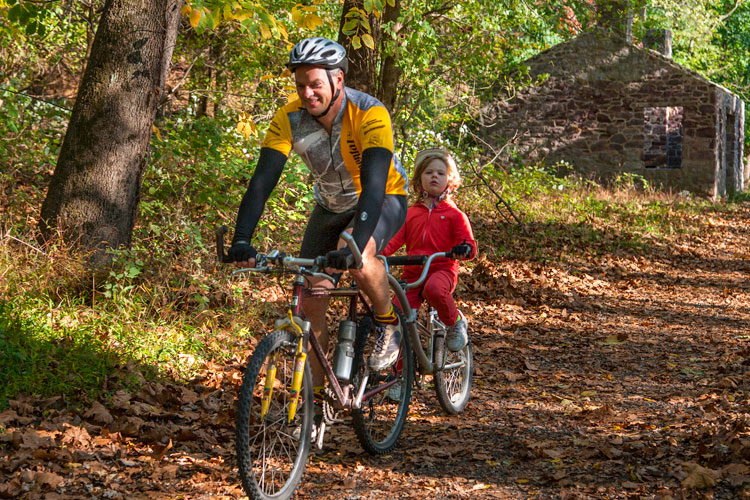 One thing is certain: It's best to appreciate the current views while they are plentiful along our highways and 91 miles of trailways.

Because although Block doesn't know exactly how this season will pan out for foliage, he does know this:

Local trees will be bare - and our lawns frosty - before anyone is really ready for it.