The ballroom of the Crowne Plaza in King of Prussia is a common backdrop for fancy footwork, especially when hosting wedding receptions.

But from April 1-4, the movements on display at the Crowne will be a bit different. For starters, the feet in action will be bare.

It's all part of the USA Philadelphia Open, the biggest martial arts festival in the country.

The event draws competitors from all over the world; 46 countries are represented across nearly 500 competitors, both male and female, white belts to black belts, some as young as four years old. The scope is so encompassing that the Crowne is hosting only part of the multiday tournament, with the remainder of the athletes competing at the Greater Philadelphia Expo Center.

"This event showcases the agility, fitness, drive and determination in all aspects of the martial arts," says Nelson Alers, President of USA Traditional Karate Federation. "The public can come and see various forms of karate, as well as tae kwon do, jujitsu and judo. The entire four-days of competition - as well as the Night of Champions Dinner and reception on April 1 - are open to the public."

Admission to the banquet is $50 and covers food and the performance of a traditional lion dance. It also features what will be an unforgettable keynote speaker: 11-year-old Cole Fitzgerald, who is noted for being both a brown belt and a cancer survivor. The opening reception benefits Alex's Lemonade Stand and the Wounded Warrior Project.

Daily admission to view the competitions is $20; a wristband covering three days' admissions can be purchased for $40. Exhibitors and international food vendors will also be on hand, but the main event is the flurry of graceful strikes and kicks.

"It is a 100 percent adrenaline rush," Alers guarantees. 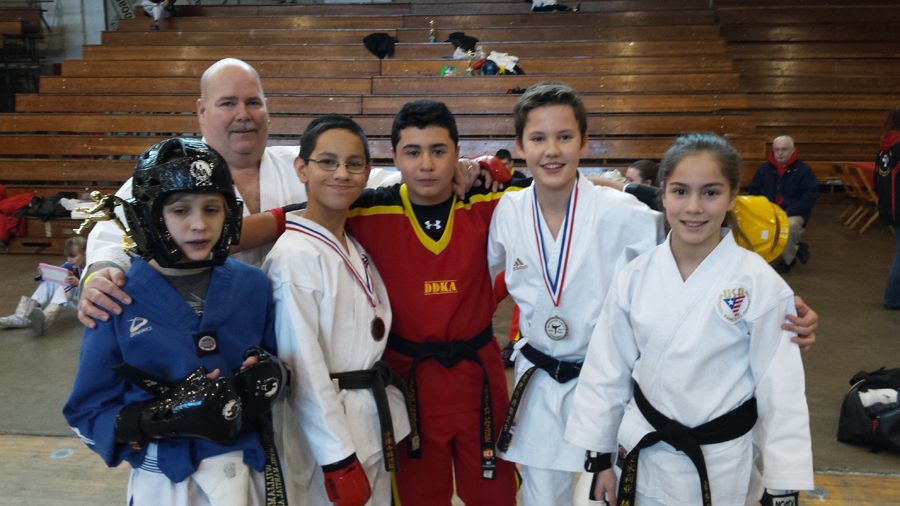 Setting up the Crowne for a karate tournament is, according to Alers, a fairly common experience. "We put chairs all around the ballroom and set up platforms. A series of mats then goes on top, in the center of the room. It's not unlike the set-up for a gymnastics event. Four competition areas will be in the Crowne ballroom, where judges will watch six competitions going on at the same time. Competitors either move up or move out, bracket style," he says.

The results of the USA Philadelphia Open are significant for the athletes who vie for titles. It is a qualifier event for participation in the World Union of Karate-do Federations Pan American Championship in Argentina in July and the United World Karate Championship in Brazil in October.

The rules and regulations of the Amateur Athletic Union (AAU) will govern the competition at the Crowne; therefore, no purse is permitted to be part of the championship. The contests at the Expo Center, however, are subject to another oversight body, with no such restrictions. The Expo Center, therefore, will be the site of a quest for $50,000 in prize money.

The best way to see someone work their way up through the ranks and claim some of that cash is to attend multiple days of the USA Philadelphia Open. Rather than commute back and forth, settle your "qi" at one of our local hotels, inns or B&Bs. The sense of peace will calm your spirit, leaving you plenty of energy to cheer your favorites the following day. Check our website for details. And if the sight of Asian competition leaves you hungry for Asian food, P.F. Chang's in Collegeville is less than a 15-minute drive from the Crowne Plaza and less than 10 minutes from the Expo Center.