Dessert as Both Art and Science

He understands the layering of flavor in proper proportion, the physicality of mixing, the role of leavening, the timing and intensity of heat that result in pastry that tastes good.

But he also knows color, texture, and a little architecture. And these latter skills are crucial in making pastry look good. 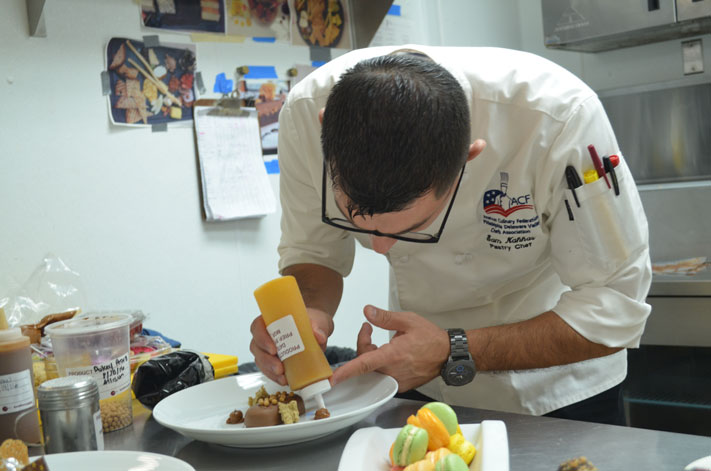 So at his core, he is an excellent technician. And a brilliant artist.

That latter skill cannot be overlooked, as Nahhas admits, "People taste dessert with their eyes."

Nahhas' skill with the art/science balance has received worldwide recognition. He was 2015's Pastry Chef of the Year, as named by the American Culinary Federation. And he earned honors in the 2005 Coupe du Monde de la Pâtisserie (World Pastry Cup) in Lyon, France.

Cooking talent was imbued in him from an early age.

"Both my parents worked," he says. "So when everyone got home, my father would look at preparing a meal as something we could do together. We all worked on it, which, to him and my mother, was a chance to connect at the end of the day. But presentation was a big part of it. My dad was a big believer of: look good, taste good."

He gravitated toward pastry because he liked it.

Now, he oversees every baked good on the property - as well as those at Blue Bell Country Club.

"That's every dessert, every loaf of challah, every dinner roll, every hamburger bun - even pretzels. All made fresh, from local ingredients," he explains. "I feed my sourdough every single day, and we bake seven days a week."

Nahhas and his team also tackle the rigors of 350 weddings per year. 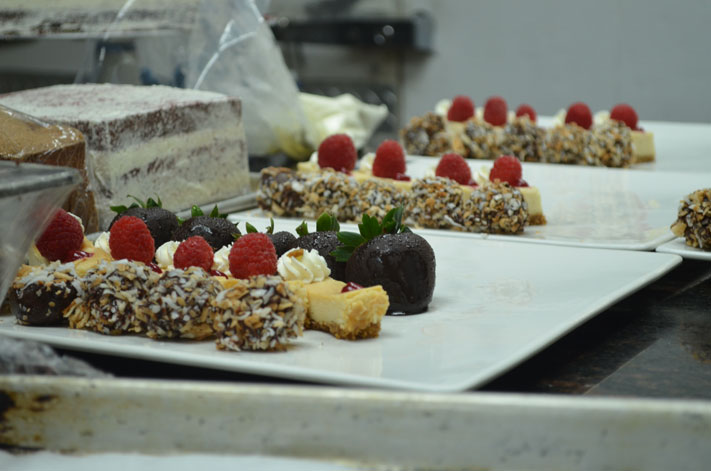 The signature piece of a wedding is, of course, the cake, and Nahhas has seen a lot of trends emerge and decline in crafting these creations.

"The ‘naked cake' is very popular with brides right now," he says. "It's a normal wedding cake with no outer layer of frosting. It's very visually interesting, as we can easily weave other elements like flowers into the design."

But in meeting a couple's specific requirements, Nahhas finds there's room for just about everything.

"We had a bride who asked for a naked cake that had the colors of a stoplight: layers of green, topped by layers of yellow, topped by layers of red, and capped with edible silver leaf. We made it happen. Her choice became clearer, though, when we found out that the groom was a police officer."

Just as entrées change with the seasons, so, too, does the dessert menu. 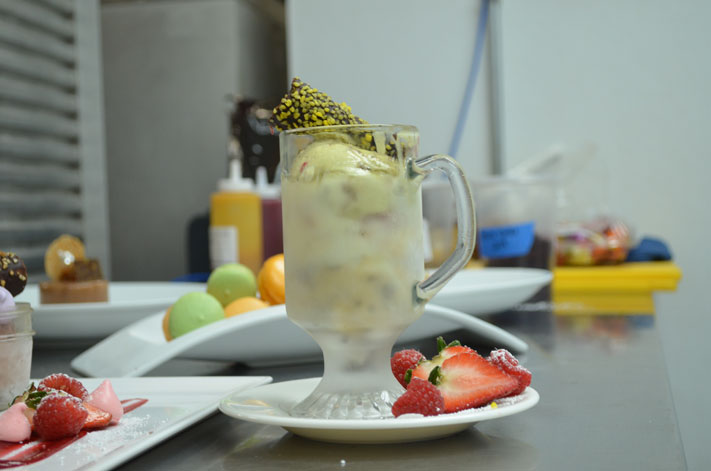 "We are definitely beyond berry season," Nahhas laughs. "I'm now getting into the flavor of things like figs and apples. It's not quite pumpkin season right now, but soon."

As tempting as his creations are, Nahhas easily avoids overindulging on his product. "We keep our focus on the customer experience," he says. "It makes it easier to avoid a bite here or there. I'm actually more into coffee than sweets. I'm trying to cut back, but until recently, it was common for me to have somewhere around 30 cups of coffee a day."

But when I dig a little deeper and ask him what his favorite temptation is, Nahhas pauses just a bit before answering: 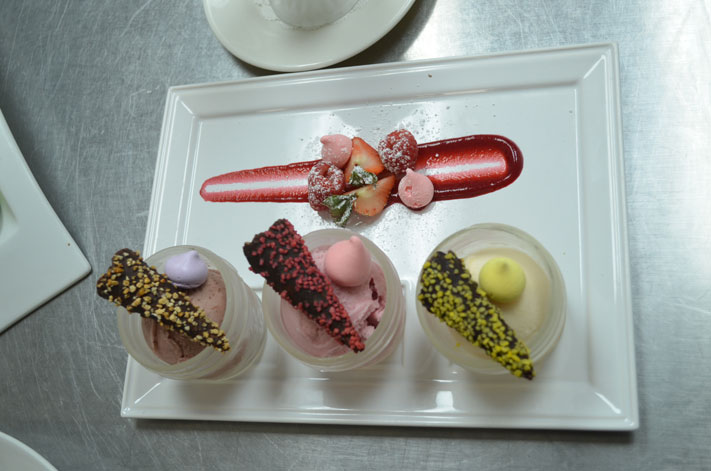 "Gelato. And sorbet. We have 20 flavors. I love the orange gelato. And I'm now making a pomegranate sorbet that is really, really good."

Fans of Nahhas' pastry work often plan their meals around them. "Appetizers and dessert have become very popular," he says. "Especially for couples who come here toward the end of their date and eat outside on the grand terrace."

And for those who want to take a gem of sweetness home, Normandy Farm has introduced the bakeshop, a retail outlet that sells desserts for carry-out customers.

"The macarons. Pistachio. Grapefruit. Vanilla. They melt in the mouth," Nahhas says.

These delicate cookies - tufts of merengue cookies sandwiching rich filling - are sold by the sleeve, in quantities of a dozen or half dozen. Preorder on the Normandy Farm website, accessible here.