35+ MELODIC THINGS TO DO IN MONTCO THIS WEEK

What better way to kick off the start of Summer than by participating in some of many events happening this week in Montco! Whether you're a music lover, foodie or history buff, make sure you remember to #MakeItMontco! 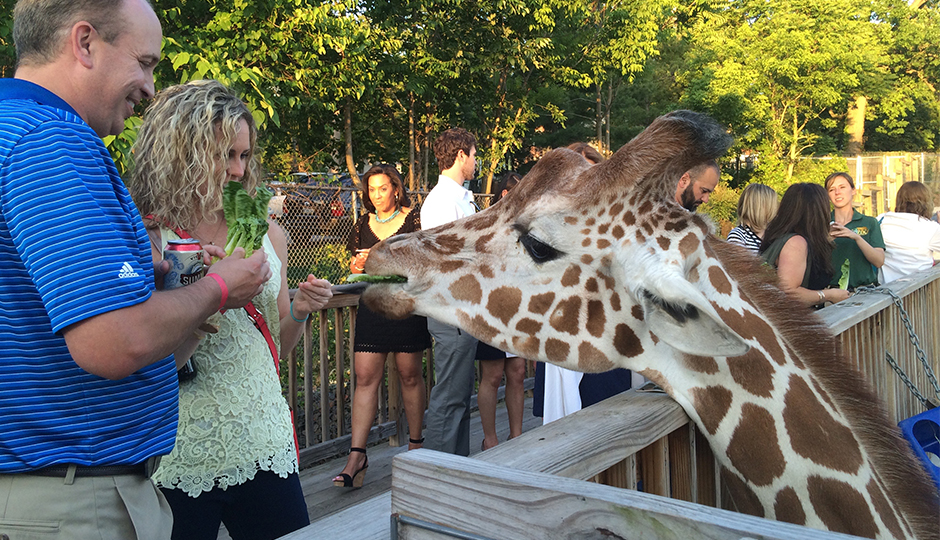 BEAST OF A FEAST

More than 1,200 guests flock to Beast of a Feast to sample the finest culinary creations from dozens of Montgomery County’s most popular restaurants. Strolling the zoo at sunset, guests will not only experience exclusive animal encounters, they will also encounter Tito’s Handmade Vodka libation stations – five open bars spread amid the Elmwood Park Zoo’s amazing exhibits.

Live music, DJ’s and dancing round out Beast of a Feast – making it not only the area’s must-attend event, but also a Party for a Purpose! This one night of partying raises over $120,000 to support the zoo’s animal care needs, conservation efforts, and dedication to provide free educational programming to low income and special needs learners.

The Pottstown Rumble is a 3 day fun-filled event the Friday after fathers day through the following Sunday. Along with amazing competition at all levels of the tournament, the Rumble offers plenty of other activities. Friday brings our Pottstown Rumble Juniors, Men's and Women's Masters Grass Doubles Tournaments. 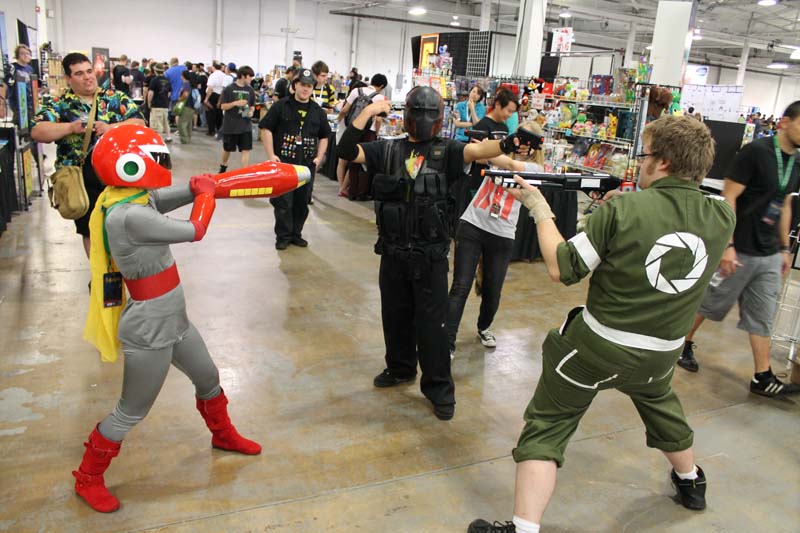 The longest running and largest gaming convention in Pennsylvania are expecting an attendance of nearly 15,000 guests. The 2018 event will be the largest event in the convention’s history. TooManyGames is the premier event for anyone interested in video games, board games, CCG's, and tabletop gaming. TooManyGames is known for its video game music concerts, arcades, chiptunes, industry panels, and panels by famous YouTubers and gamers such as SomeCallMeJohnny, Vinesauce, JeromeASF, and DAGames.

Bring your lunch to Valley Forge Park on select Wednesdays, this being the first of the season, for the summer Lunch & Learn Speaker Series. This week's speaker series features "The Peale Museum Portraits of Washington's Continental Army Officer's".

Excursions with "meal option" listed require an advanced reservation and are served in the Dining Car only. Please refer to our menu page for meal selection.

Come out to the dedication of an official State Historical Market commemorating John Philip Boehm, as there will be an open house to explore the church building and cemetery from 9 a.m. to 12:30 p.m.

HAPPY HOUR WITH THE HISTORIAN

Enjoy a glass of cold brew on the grounds of Graeme Park during Happy Hour with the Historian. The event features a cash bar and food with a 30-40 minute talk on a topic of historical interest.

Bring your smartest friends and compete to win awesome prizes! This has become one of our most popular events so get to the winery early to grab a spot and enjoy some drinks and food. The Stuff’d Buns food truck will be on site from 6-9 p.m. serving up some delicious dinner and snacks.

DRESS TO IMPRESS IN BLACK

Ladies and gentleman are welcome to attend this Black Party event featuring wine tastings and some of the "coolest" ice sculpture pieces in town.

Presented by Painting With a Twist, enjoy a unique evening painting with friends in the historic fire house that they've converted into their distillery, while we sip their handcrafted, locally made spirits and cocktails! Come share the spirits!

Join the Norristown Chamber of Commerce on Tuesday, from 6 p.m. to 8 p.m. for a night of food, drink, networking!  Even more, the Executive Board of the Chamber and Theatre Horizon will be making two special and exciting announcements!

June 19
Painting With A Twist

Wizarding Night is back with a new painting! Join us for a magical painting adventure! Professor Brushbeard, aka super fan Artist Kristen, will be your guide! Accio Paintbrush! Cast a spell with us on Tues, June 19th at 7pm! All ages welcome to paint! BYOB 21+. Trivia! Prizes! Dress in the spirit for a chance at more prizes! Grab a seat and let the magic begin!

June 19
The Mann Center for the Performing Arts

Kick off the 2018 summer season and join Roger Daltrey performing The Who's 'TOMMY' with members of The Who Band (guitarist/backup singer Simon Townshend, guitarist Frank Simes, keyboardist Loren Gold, bassist Jon Button and drummer Scott Devour) and The Chamber Orchestra of Philadelphia on June 19th. Witness the seminal rock opera like you've never heard it before! Show begins at 8 p.m.

This summer, the Happy Together Tour returns with six headline artists who delivered the biggest hits of the era: The Turtles, Chuck Negron, formerly of Three Dog Night, Gary Puckett & The Union Gap, The Association, Mark Lindsay, former Lead Singer of Paul Revere & The Raiders and The Cowsills.

June 21
Morris Aboretum of the University of Pennsylvania

At 6 a.m. the Morris Arboretum will be welcoming summer by gathering at the Time in the Garden Sundial exhibit in the Azalea Meadow to experience the marking of the solstice at 6 a.m. Bring along your mat and stay afterwards for an hour of yoga and meditation suitable for the whole family. Extra mats will be available. Members only; pre-registration required.

Hailed as “Midwestern rock heroes” by American Songwriter, Red Wanting Blue spent the last twenty years establishing themselves as one of world’s most enduring concert attractions notching appearances on Letterman to NPR and reaching #3 on the Billboard Heatseekers chart. Show begins at 8 p.m.

Come out to Philadelphia’s favorite comic book rock band for an all night event from 8 p.m. to midnight.

With free admission who would want to miss out on an amazing live performance and Valley Forge's very own poolside club?! The event begins at 8 p.m. and is open to anyone 21 and over.

Broken Arrow performs the music of Neil Young, featuring both the rockin' electric Crazy Horse tunes and the more acoustic, pedal steel-driven country-rock material. The band delivers these classic songs faithfully while taking them out on some jamming excursions and tastefully tweaking some of the arrangements. These guys always have audiences on their feet singing along and demanding encores at every show.

Known his appearance on "America's Got Talent", "Comedy Central", "What Not to Wear" and "Queer Eye for the Straight Guy". Kevin appears at the Trop's "Comedy Stop" in Las Vegas at least four times a year. Show starts at 8 p.m.

THE BRIDGES OF MADISON COUNTY

June 22 - June 23
The Dramateures, Inc. at the Barn Playhouse

Based on the best-selling novel, The Bridges of Madison County captures the lyrical expanse of America's heartland along with the yearning entangled in the eternal question, "What if...?" Francesca Johnson, a beautiful Italian woman who married an American soldier to flee war-ravaged Italy, looks forward to a rare four days alone on her Iowa farm when her family heads to the 1965 State Fair. Event starts at 8 p.m.

Opening Week: People's Light New Play Frontier writer Dominique Morisseau penned Skeleton Crew, a powerful story of love and loyalty. The story follows Faye, a woman just months away from retiring with a full pension as she must make a choice between self preservation and allegiance to her coworkers.

THE BRIDGES OF MADISON COUNTY

June 22 - June 23
The Dramateures, Inc. at the Barn Playhouse

Based on the best-selling novel, The Bridges of Madison County captures the lyrical expanse of America's heartland along with the yearning entangled in the eternal question, "What if...?" Francesca Johnson, a beautiful Italian woman who married an American soldier to flee war-ravaged Italy, looks forward to a rare four days alone on her Iowa farm when her family heads to the 1965 State Fair. Event starts at 8 p.m.

"America's Premier Mentalist Attorney". Mindreading this much fun shouldn't be legal! From casino showrooms and convention platforms around the world, Joe presents his award-winning mind reading show that brings your thoughts to center stage! Age requirement is 16+.

Opening week performances are Friday - Saturday at 8 p.m. and Sunday at 2 p.m.