With inspiration that blends a haunted attraction and a laser-tag challenge, Area 2200 at Arnold's Family Fun Center is wholly unique.

First off, the setting has an absolutely legit feel to it. With good reason.

Lorin Richter, Sales and Marketing Manager, says that the experience was purposefully worked into a space that came with its own fairly high creepy factor.

It's in the former locker room used by BF Goodrich workers when the site was a tire manufacturing plant. 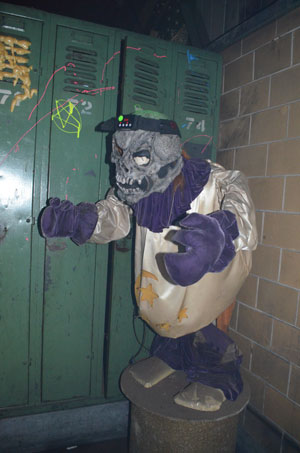 "We had the lockers, the bathroom, the showers, the yellow tiles on the walls and floor and even the elevator. We also had the staircases, which let us introduce a sense of being disoriented," Richter says. "We used to use the space as a temporary haunt using live actors, just for the month of October. But now, we've created a much more interactive experience with animatronics and everything."

According to Richter, when the installers came onsite, they marveled at the atmosphere already in place.

"They saw the space and said, ‘Do not remove a thing. What you have, other people pay top dollar for, the lockers, the bathrooms and even the dirt.'" Richter says.

She cites attractions like Disney's Haunted Mansion, where monthly "maintenance" includes replacing much of the dust and cobwebs that are tracked out by guests. Area 2200 needs no such sprucing up.

Or down, as it were.

The other distinguishing factor is the backstory, which, Richter describes is "...part of the preshow." 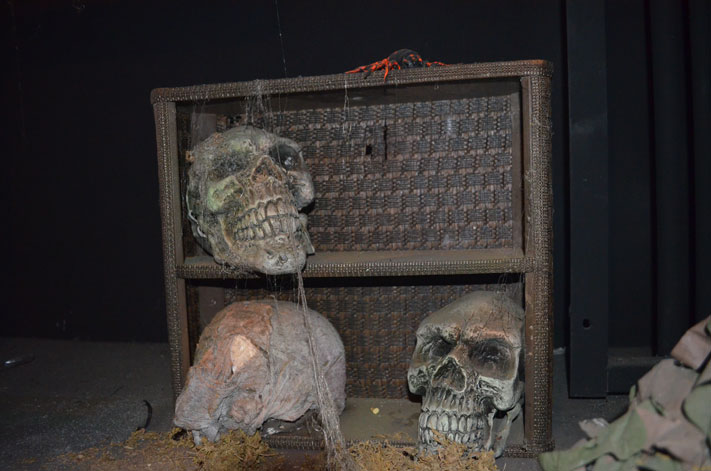 The Oaks Toy Factory is supposedly a state-of-the-art manufacturing plant offering the latest in bio-animatronics. This platform proves perfect for the evil plans of Dr. Doomore, who sabotages the operation. He sets loose not only toys bent on destruction but also a crew of former staff members turned into zombies.

Guests are pressed into service to help save the plant and, beyond that, the world at large. The ghouls on the loose are outfitted with small sensors that, when hit, register a kill. But this is no mere shooting gallery; here, the creatures bite back.

Authenticity in gameplay was important to Richter and her crew. "We were pleased with the feel of the guns," Richter says. "They're real and they're heavy. It's not like the old-fashioned laser tag, which uses those plastic, Jetsons-style weapons."

Area 2200 has already solidified itself for group play.

"We get a lot of bachelor parties, guys' nights out, things like that," Richter says. "The scoring aspect makes it great for team-building.

"We recently had a group in from IBM, and they were all executive tech people. They never had so much fun. They came in all buttoned up, but by the end, the ties were loosened, they were sweating and they wanted to go again."

The effects are imaginative and startling. Appropriate ages are teens and adults; children under 10 may find the attraction a little too intense. 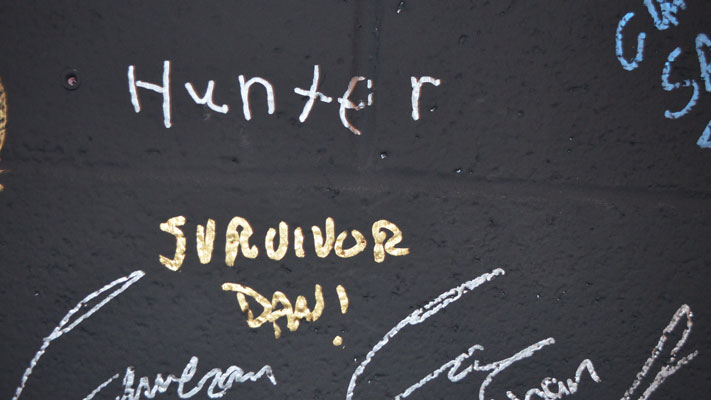 In fact, even some of the staff find it unsettling.

"We get the most reaction to the clowns," Richter comments. "A lot of people have an aversion toward them.

"In fact, our operational manager won't even go in there."