In an odd twist of timing, the winner of the Valley Forge Tourism & Convention Board's first bracket-style pizza tournament was crowned on May 5.

But then again, this organization is nontraditional in many ways. 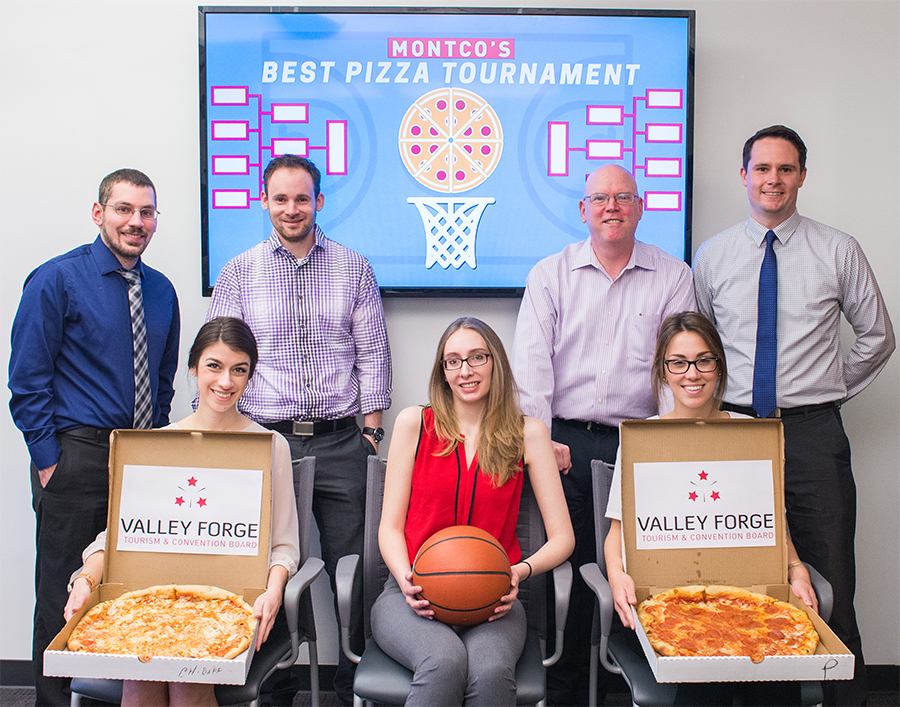 Even the backstory on the tournament is peppered (sorry!) with unexpected twists and turns.

It began as a listing on our website of recommended restaurants serving pizza. We surveyed staff favorites and cross-referenced our preferences with online reviews.

We had a few guidelines, just as we do with much of our content: The results had to encompass all of Montgomery County. And include our member pizzerias.

The list was originally published in September 2015. It was revived on our social media channels on March 15...

As in pie. As in pizza pie.

The comments came fast. Facebook followers began questioning our picks and suggesting their own. With the Villanova basketball team advancing in the NCAA Tournament, the idea was an easy leap. Let's create brackets and invite our social media audience to determine the best pizza in Montgomery County. 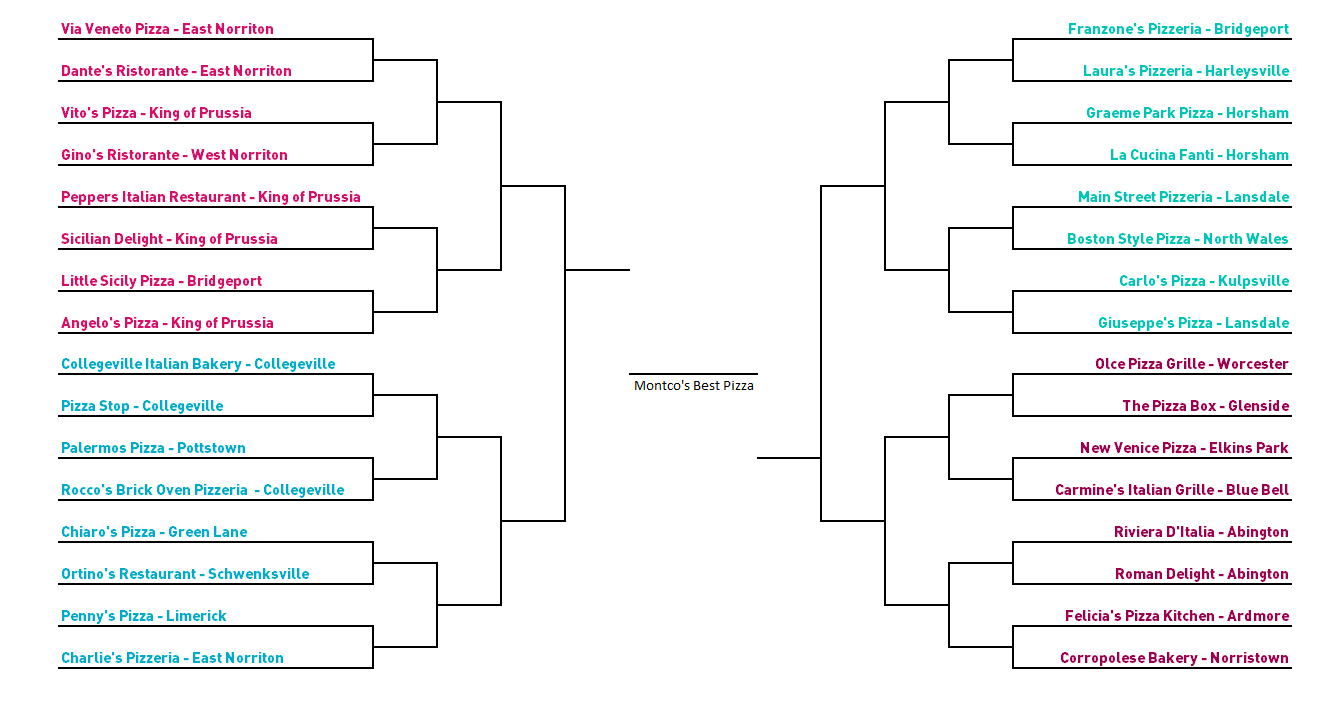 More research followed to arrive at 32 contenders. This time, however, the only ground rule was that the entire county had to be included. These 32, reflecting the favorites of Montgomery County pizza fans themselves, became the basis of our revised pizza landing page.

Over the course of the month, the 32 became 16; the 16 became 8; and so on until the final matchup. Extending the March Madness theme, we engaged some in-house bracketologists to comment on the competition (see videos of April 1, April 7, April 12, and April 13).

The final battle came down to a pizza-off between Chiaro's Pizzeria & Restaurant (Green Lane) and Carmine's Italian Grille (Blue Bell).

Social media opinions were as varied as they were passionate. Our office received a call that questioned the authenticity of one of the competitors, saying that because it exceled in tomato pie - not pizza - it should be scratched.

After much discussion, we agreed and eliminated the entry on the technicality.

The voting and comments continued until the winner was announced: Chiaro's Pizzeria & Restaurant. Cited for excellence in pies, Chiaro's was also popular for its customer-friendly drive-through window, a true differentiator among pizza shops.

During the onsite presentation of its trophy, Chiaro's gratefully accepted the commemorative pizza peel, the wooden paddle used to slide pies to/from the ovens. It will assuredly hang with great pride in the Green Lane location.

Until next spring, when we embark on this "Munch Madness" once again.

Will Chiaro's remain at the top spot? Will they be topped by an up-and-comer?

Only Montgomery County - and its taste for cheese, sauce, dough and toppings - will decide. 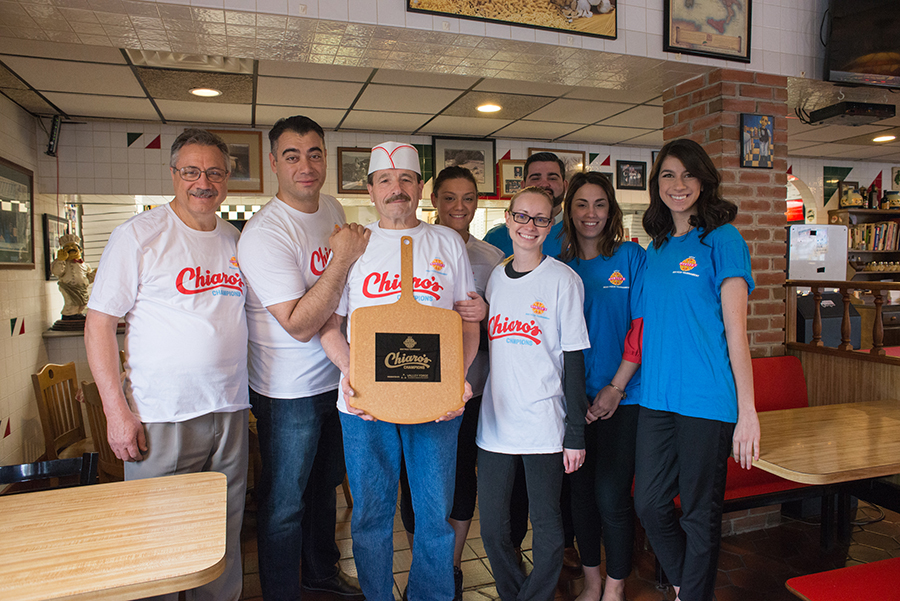