Chugging through the Holidays

Traveling from Washington's Headquarters in Valley Forge National Historical Park to Peter Wentz Farmstead in Worcester by car takes just over a half hour, heading southeast to northwest through Montgomery County.

But at Morris Arboretum, the journey takes less than a minute. By rail.

The reason isn't related to the speed of the train. It's the distance between the sites.

Washington's Headquarters and Peter Wentz Farmstead are only a few dozen feet apart, thanks to the scaled-down size of the arboretum's Holiday Garden Railway. 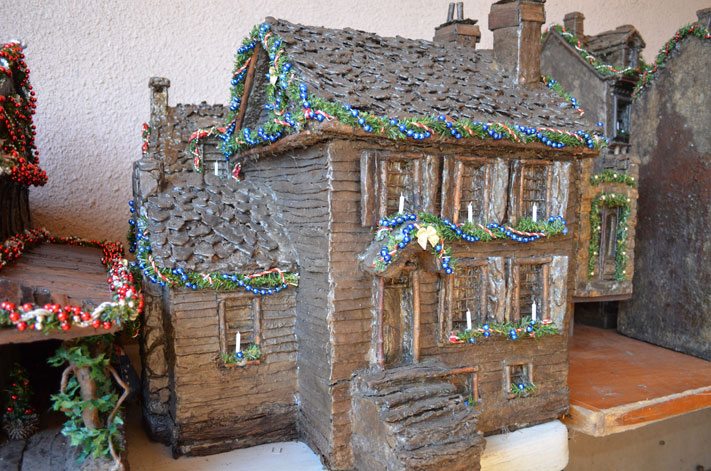 Sixteen G-scale train sets wind through more than a quarter mile of landscape. During the holidays, the cars and engines reflect plenty of red and green, and 50 Lilliputian landmarks are added to the routes.

Keeping the trains running on schedule is the responsibility of Bruce Morrell and his crew.

On the day I visited, he was attending to the numerous details involved in the preparation for the railway's first weekend of holiday-style operation. 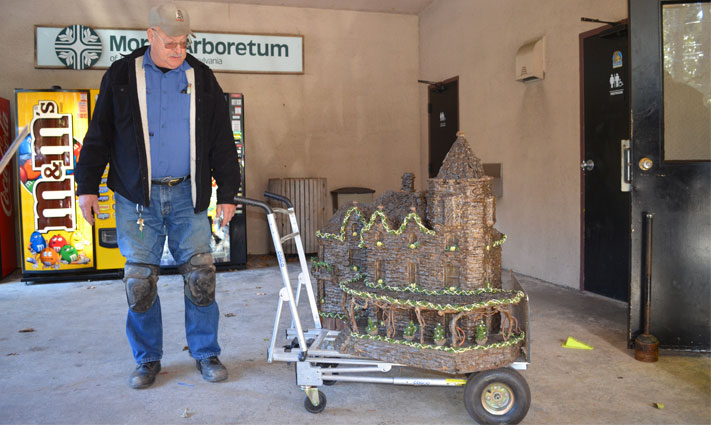 "We start around Columbus Day," he said, "doing general maintenance. It's usually fall when we start, so we've got to keep the tracks clear of leaves and other debris."

Morrell showed me one of the cars used to clean the tracks; the bottom had been outfitted with a pad of coarse material similar to a kitchen sink scrubber. As it ran along its route, the car gently but effectively removed dirt and other build-up, improving the electrical connections needed to make the trains go, without abrasively damaging the metal.

"These tracks are now stainless steel," Morrell explained. "But originally, they were brass. They've been replaced over time." 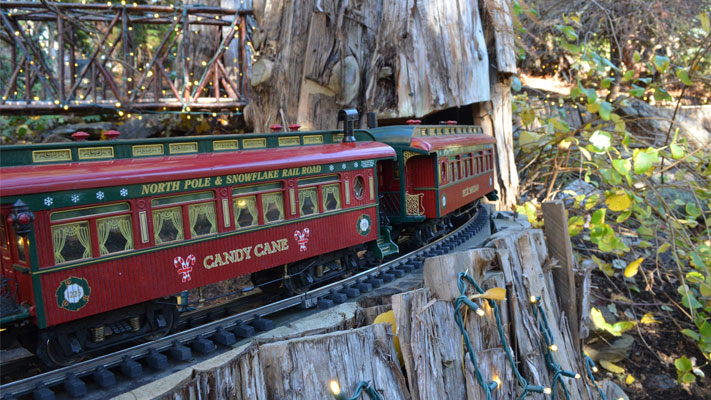 "We also test the lights and hang them," Morrell said. "We're always on the lookout for strings that are out."

The railway glitters with more than 14,000 lights. These, too, have gradually gotten a modern-day update, with the original incandescent bulbs being replaced by LEDs.

Since he mentioned the elements, I asked about snow. "For the most part, it's no trouble," he said. "We really don't like to operate when there's snow, but we do."

I posed to Morrell a somewhat obvious question: "Did you have trains at Christmastime when you were a kid?"

He smiled. "Oh, yeah. I had a big, fat set of Lionels that ran around the house."

The buildings that dot the Holiday Garden Railway are cared for by a devoted and long-term group of volunteers. They begin the season by inspecting each structure and repairing any damage that may have occurred during summer storage.

I visited their onsite workshop, which was bustling with North Pole-ish vigor.

This year, Independence Hall was in need of some TLC, which it was getting as I stopped by. Without its trademark spire, the main part of the building rested on its side, and repairs were in progress. 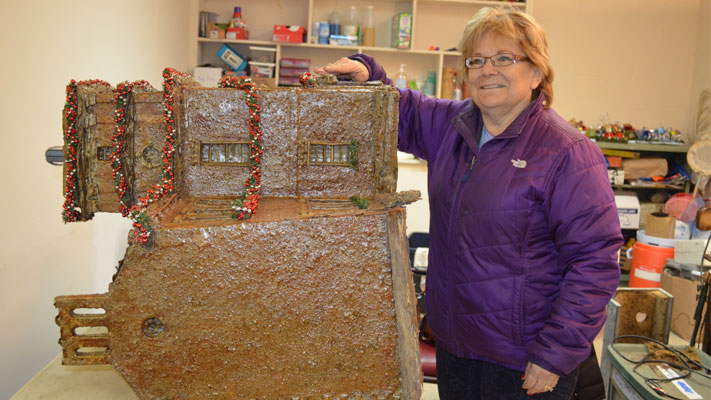 "It's doing well for 17 years of service," the volunteer told me, working gingerly on a split seam along one corner.

Adding to the maintenance challenges is the fact that the exteriors of the landmarks are made of all natural material. The handiwork ensures that the railway is in synch with the arboretum's deep-seated go-green outlook.

"The windows are made of a special rosin," the worker said, "so that when they're lit from inside, the light can be seen."

The volunteers were also deep into the painstaking process of decorating each building. This was work done by hand, twisting strands of green garland with miniature strings of colorful swag and using florists' wire to secure the bunting in place. 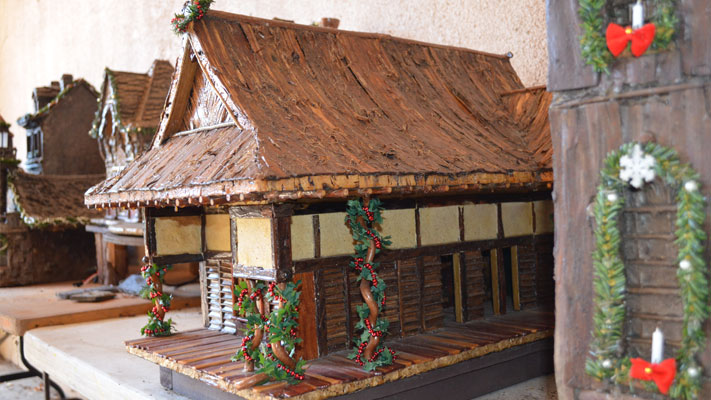 Visitors interested in seeing these locations for themselves - full size - can take advantage of our Patriot Trails itineraries. A self-guided tour of the sites connecting Montgomery County to the Revolutionary War is especially engaging during the holidays, as can be seen in our seasonal edition of the itineraries.

Morrell then showed up with his truck to transport the finished pieces to their locations along the tracks.

He was also checking the last of the electrical connections that would send the engines and cars on their initial run of Christmas 2015. Although the scene was occupied only by busy staff during my visit, it wouldn't be long until throngs of excited kids - and their parents - replaced Morrell and his workers.

The charming Holiday Garden Railway at Morris Arboretum is open and running (except for closures Christmas Eve, Christmas Day and New Year's Day) until January 3. Daily hours are 10 a.m. to 4 p.m., and there is no fee other than the general admission to the grounds.